A few weeks ago I received an email from a senior designer, John Harfield, who works at an Edinburgh based design agency “Line Digital“. He found my work through the excellent Behance network and he said he was a fan of my work and wanted to do a video interview with me which would then be featured on Line Digital’s Blog. I’ve never done a video interview and was really nervous but I thought it would be a good experience for both myself and would benefit my illustration business. 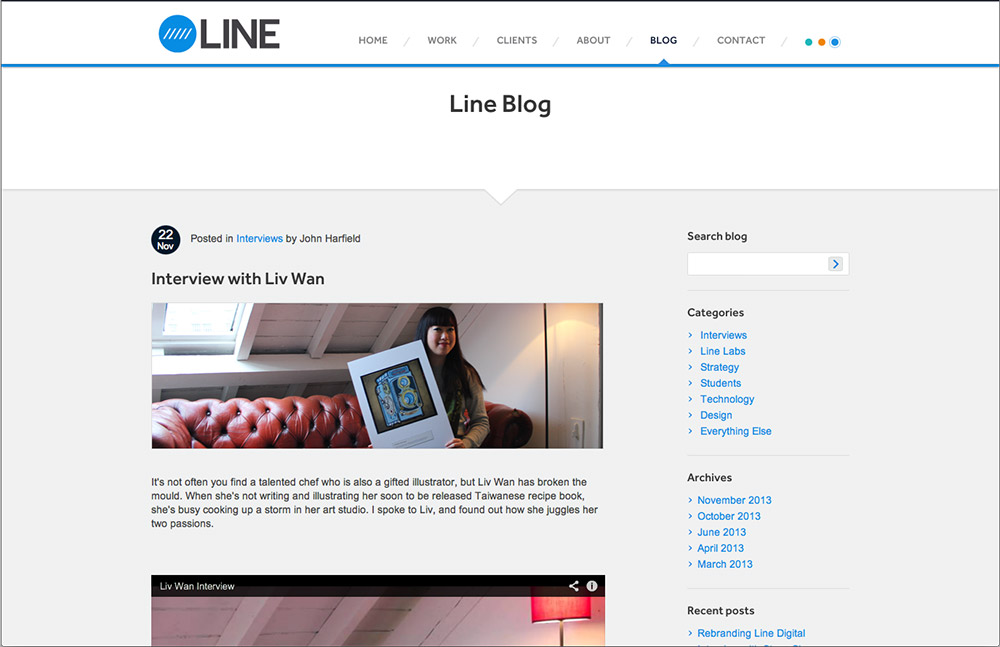 The day before I went for my interview I was really nervous and I remember my husband telling me; “don’t swear, mumble, snort (yeah I’m a snorter when I laugh) or drool”. I was laughing like crazy but deep down I was really nervous. Thankfully as you can see from the video in the link at the end of this post I didn’t do any of these things although my husband thinks I look like a chipmunk who kept starting at the ceiling. Remember English isn’t my first language but I think I did alright for my first video interview. Regarding Line Digital, there were a few really cool things I found about them. The first was about John Harfield, he was incredibly nice and he’s also responsible for the pretty awesome “Leith Walkers”. Leith Walkers is made up entirely of portraits of random people and just as John said there are some real characters around Leith. His work can be found here. Another thing I discovered was one of my very favourite illustrators, Steve Simpson, was featured just before myself. I absolutely love his work and felt really honoured to be featured on Line Digital’s company website. So here is my video interview: Liv Wan Interview. I’m very grateful for this amazing experience and opportunity to be interviewed by one of top design agencies in Edinburgh.

The page you requested could not be found. Try refining your search, or use the navigation above to locate the post.