Julie and Julia Book Cover Design and Illustrations
October 20, 2016
Book Cover Design | Food Illustrations
“Julie & Julia” is one of my favourite films. I first watched this film after I discovered the actual book written by the same author, Julia Powell. If you know a little bit about the film or book, you know the story of the film and book is about American TV Chef Julia Child and French food. I didn’t know who Julia Child was before the film came out but to be fair to myself I was born and raised in Taiwan, not the US or UK, so I think it’s fair that I don’t know who Julia Child is. It’s just like if I talk about “Fu Pei-Mei“. You’ve possibly never heard of her but she is our equivalent of Julia child of America and Delia Smith of UK. She ran her own cooking show on Taiwanese television for 40 years and published numerous cookbooks.

I’m in my middle 30’s and I started my illustration career just four years ago. It’s a very competitive industry and as well as this, for almost ten years I have also ran my own food blog. Food blogging is also a very competitive market so sometimes I feel like my life is not going anywhere and it can be frustrating. I’m not daring to compare myself with the author but I like this film because it makes you feel like if you believe in something maybe everything will be ok. It’s something that will make you stand up and try again after you’ve had a bad day, work has fallen through or whatever. That’s why I like this kind of film because I need to have something to help me believe I will be “fine” with my own life.

That’s why I decided to illustrate and design this book cover. Not only do I really like the story, I also like that the book is full of really delicious foods. I used a similar style of illustration for another book cover I created called “Toast“. I illustrated not just one dish but many French foods that had been mentioned in the book itself. Food has always been one of my favourite things to illustrate so I really enjoyed the process of illustrating this book cover and it’s food. I have illustrated English, American, Chinese, Korean, Japanese and even Mexican food before but never French food until now. 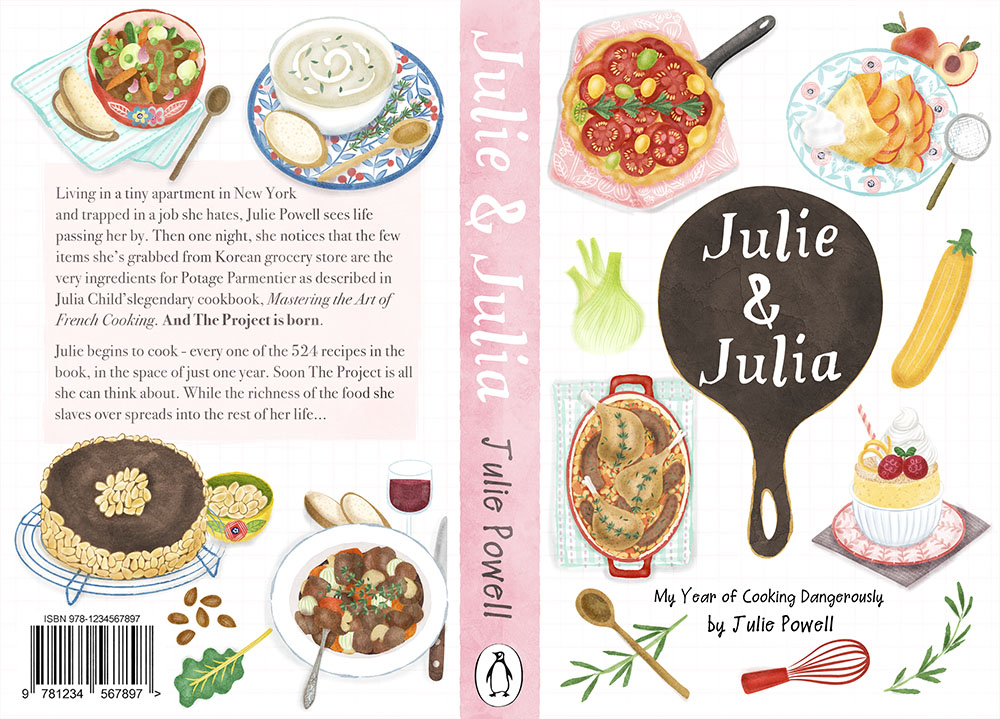 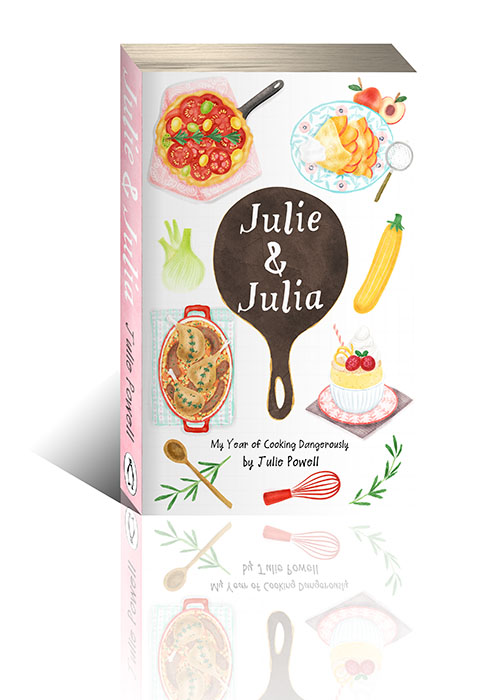